Rust – Early Access (Alpha) Survival Game with Full Loot PvP on Steam… well as this small info about the game suggest there are quite some feature the average survival player hope for in a game. On the second thought some people might reconsider their enthusiasm on the “Early Access (Alpha)” part and their hesitations are not completely arbitrary, there are a few major bugs in Rust that still need to be addressed.

The most annoying bug of all might be the “Oops! The game crashed” bug. There are quite a lot different solution and fixes out there and some of them might help one or another players and there are others which cannot get to fix this bug at all.
Sadly I have the same bug and none of the “fixes” did work for me – however after I actually resigned I found a working workaround for the problem by chance. I want to share my discovery with everybody that has the same problem in hope you guys/girls will be able to finally enjoy the Rust!

Basically I found out that the “crash” is no real crash. Confirming the the crash message will close the game but you can actually just click on the client and e.g. go for settings but once you click on “Play Rust” the game freezes. Working with that I asked one of my friends to join a server and then I simply joined him from my friendlist. Boom! I was ingame and could play the game. The only problem left was the fact that this only worked if my friend was online but to that there was another solution. 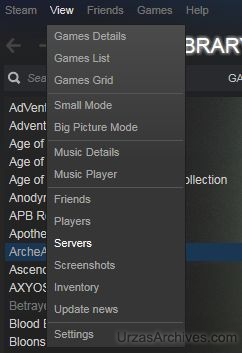 You are able to browser Steam game servers from your Library. 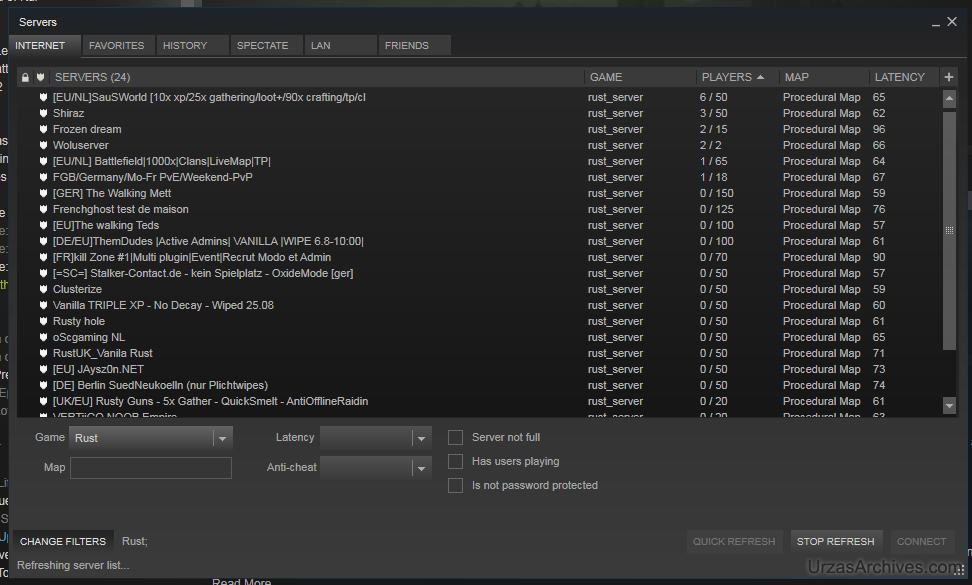 Simply choose a server and connected – ignore the crash message and enjoy Rust!

I hope I could help some of you! Good Hunt!