For the Path of Exile community, this week, was birthday and Christmas on the same day. GGG did not only released information about the upcoming game expansion Fall of Oriath but revealed the last challenge league, the Legacy League, that will start on March 3rd 2017.

“As we look towards the future of Path of Exile, our March update gives you a chance to celebrate Path of Exile’s history in the Legacy challenge league” – GGG

GGG calls this league the ultimate flashback event and there are several things that reinforce that statement.

In the Legacy League players are able to choose up to three different leagues from all former challenge leagues via their Legacy Tab by placing a specific Leaguestone in one of the three available slots. 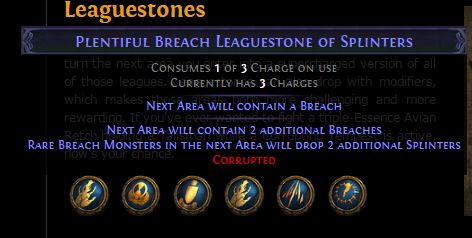 While equipped the next area you enter will have those league and all of their associated effects activated. Leaguestones will have different modifiers such as e.g. a certain guaranteed kind of Perandus box. Further, you will be able to trade those Leaguestones with other players but as they drop corrupted there is no option to modify them by yourself.

Activating a Leaguestone will not only grant you the associated effects such as Rampage but will also enable all League specific unique items to drop in that area. What, until now, was only possible by paying Chaos Orbs on Zana’s map device.

As quite a few of the league only unquies’ powers were fairly bad, GGG decided to buff some of the items making them a good addition for some builds now.

Yet, GGG decided to add a cherry on top. While extremely rare, players will have the ability to drop original stat items like a 1000% Facebreaker via using a special item in the map device. Those so-called relics have a special color and will have a shiny effect on them in the inventory but beware – you are also able to drop items that were buffed later and still have their “bad” base stats. 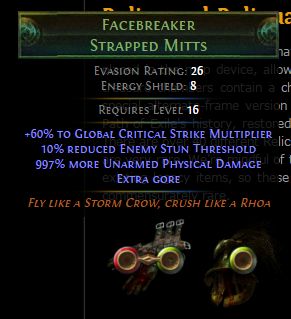 Starting the 19th challenge, players will receive a piece of the Legacy Totem Pole for their Hideout.

Until now, Solo Self-Found or SSF was a player created challenge that basically turned Path of Exile into a single-player game. Now, GGG added the option to activate that mode officially to give players an option to better brag with their achievements as SSF player. However, there is an option to always drop into the normal league in case you want to start playing or trading with other people.

The biggest change, balance wise, will contain a buff to one handed weapons in general – reworking unpopular clusters on the passive tree or buffing the base stats of those items. Further buffs will be applied to claws, staffs, and sword and Threshold Jewels will be reworked. Further information on those balance changes will be published about a week before the Legacy League starts.

What are your thoughts to the new challenge league? Let is know, in the comments below.

Here, you can find the official announcement for the Legacy League.