Thinking about the best guild, to start a series of guild spotlight of the guilds in Black Desert Online my thoughts reached out for Sovereign. While there is lot of hate against Sovereign, they have shown their skills more than once by simply proving their capabilities in actual combat.

The international guild Sovereign is one of the most known guilds on Alustin. Sovereign is home for a lot of players that have dedicated their lives to PvP. All of them strife for perfection of their class. Given that it is no wonder that this guild has a lot of people that are called the best among their class. I talked to Nyn_Idc, the guild leader of Sovereign, to get more information of this exceptional group of gamers.

In the very beginning, there were two guilds: WAR and Sovereign. While both guilds were fairly small in the beginning, both were serious about the PvP in Black Desert Online and had a weekly schedule with many 10v10 GvGs. Eventually they met on the fields and both guild quickly realized that fighting each other was the best competition they had so far.

Without much competition outside of their fights, both guilds started to make plans for the upcoming Siege Wars. As WAR and Sovereign shared the same mentality and had the same goals for their guilds they decided to merge their forces into a single guild. The reason why Sovereign was chosen was simply based on the logical reasoning that Sovereign had a higher guild level. Thanks to the merge both guilds could keep their original ideology while being stronger than ever.

Until today nothing of that has changed and Sovereign’s only focus in Black Desert Online is the PvP, regardless of it being small scale, open world, GvG or the Siege Wars.

With, currently, about 60 members Sovereign is a medium sized guild in Black Desert Online. Yet, instead of trying to sneak Nodes they always fought their enemies head on, regardless of their numbers. “When we saw that we are able to take out every guild in a 1vs1 battle, we decided to go against the big alliances that never came to fights with one guild only.”, Nyn_Idc explains. 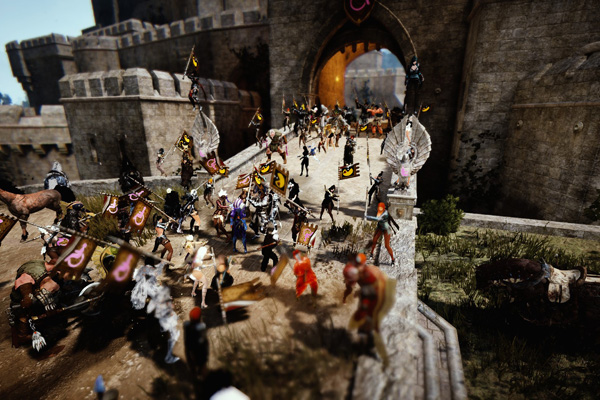 On the question about their most notable rivals Nyn_Idc didn’t even bother answering by giving some guild names but directly calling out those bigger alliances they have fought: “We currently don’t feel threatened by any single guild. We have pretty much fought and won against every one of them on Alustin. The Vikings/Fanatics/Toxic alliance, so far, has given us the most competition when we fought them alone.”

To be able to compete against this kind of enemies Sovereign is always trying to improve themselves. Permanent Guild Wars against the bigger guilds and alliances are just a small part of it. Their strength is also coming from their recruitment philosophy and the training they are putting into the game. Instead to focus on a single tactic, they practiced a lot of different siege strategies and made them their own. Thanks to that, Sovereign is able to react and counteract to their opponents in any situation.

More than just a Partnership of Convenience

While Sovereign always tries to fight their opponents on their own, they understand that there is a certain limit to what they are able to do on their own. In situations Sovereign knows they won’t be able to compete against the sheer number of their enemies they can always rely on their alliance with Revolt.

“Revolt has always been there for us when needed them and we also have helped out whenever they needed us. Revolt has shown that they will be there for us even if it means losing something themselves and we have done the same for them.” Nyn_Idc expounds.

“Our current goal is to keep our community as much fun as possible while we keep dominating in the PvP scene on Alustin at the same time!”, are the first words from Nyn_Idc about the future plans of Sovereign. To realize those plans, Sovereign already starts to separate the wheat from the chaff in their recruitment process. Basically everybody can apply for Sovereign but as they are looking for exceptional players, they have set a few trials to overcome for the applicants.

Instead of having formal gear requirements, like a lot of other guilds, people that apply to Sovereign have to overcome a trial of fire. All people are tested in duels and various other PvP scenarios. That does not mean you need to be, already, the very best of your class but you need to show that you know your class, you have the reflexes, the knowledge about the game, and the will and possibility to improve. The whole trialing is confidential and the leadership of Sovereign is never giving out any information about the people taking the trial but instead of trying to give tips on what to practice, in case they are not yet ready to join Sovereign.

But Sovereign is also looking further in the future and Nyn_Idc tells: ”We have set our sights on the server merges and our goal is to grow in strength to be able to show everyone what Alustin is made of once the merge is done. We want to create a guild that is strong enough to take down all the guilds from the other servers.” 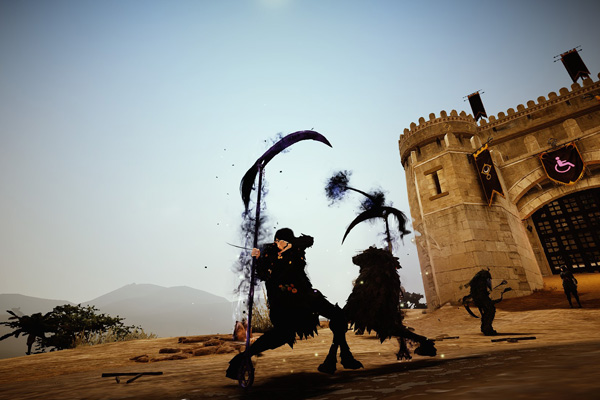 Another thing, a lot of people on Alustin might look forward to are Sovereign’s plans on creating a community to endorse more open world competition. This is definitely something for all those people and guilds enjoying all kinds PvP action and I bet I am not the only one that is exited for the actual outcome of those plans.

Sovereign’s leadership is refraining from telling their members what to say. As a result of that some of Sovereigns more vocal people are well known for their trash talk. Yet, Nyn_Idc says: “It should be remembered that trash talking is rarely one sided and most of the people doing it might not be as bad as it seems, but instead they are doing it to add more flavor to their fights.”

Sovereign: We Are Retards

At the end of my interview with Nyn_Idc, I asked him if he could think of any statement that he want to let the everybody know – this is his response:

“We Are Retards! We are often seen as total “dicks” but we don’t have any kind of hate against those people that keep trash talking is after a heated fight. Everyone is free to apply to Sovereign, no matter what history they have with us. If you are passionate about PvP and you want the guys and girls fighting next to you to be as solid as you are, Sovereign is most likely the right choice for you. To the people that are not applying to us, we just have a single message: Get out of our way or be destroyed!” 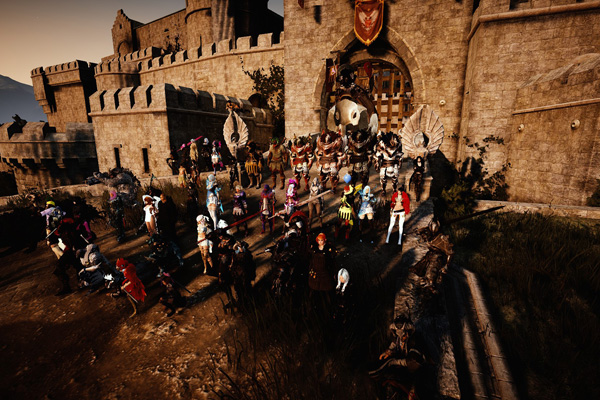 Have you already encountered Sovereign in a fight? What is your experience with Sovereign? Let us know in the comments below!

If you want your guild to be featured in one of the upcoming unofficial guild spotlights send me a message here or contact me on any IHA Discord. I am going to feature guilds (PvE, PvP and PvX) across all servers (including the NA servers).